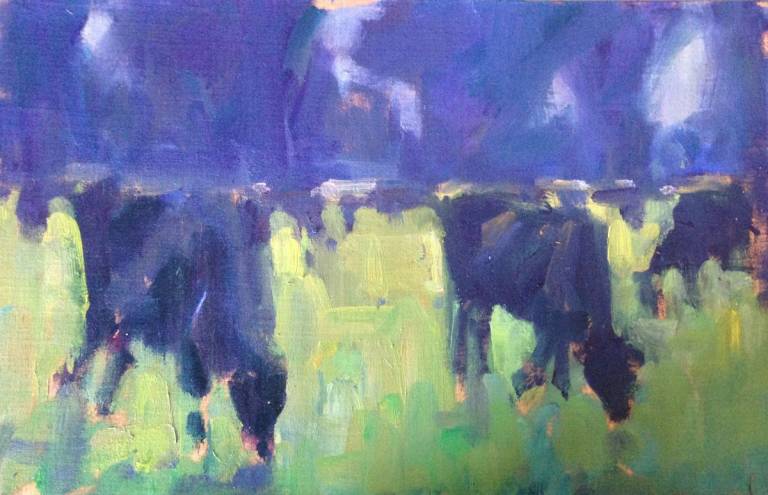 Born in Norwich and based in Cromer since 1989, Darley has been greatly influenced by fellow East Anglian John Constable as well as the Impressionists including Bonnard, Degas, Sickert and Monet.

He works swiftly and spontaneously, painting 'en plein air' to capture the vivid tones and changing light in local scenes of coastline, seafront, fishermen and holidaymakers. His combination of a vibrant neo-impressionist palette with a quirky choice of subject matter (car park attendants, breakwaters, lifeguard huts) form an irresistible combination. He is not afraid of the gestural mark, of small areas of the canvas left un-worked, nor the blunt, honest titles which are very much his signature.

Paul Darley is a recent RIO award winner and has exhibited widely in and around London, East Anglia and in Switzerland